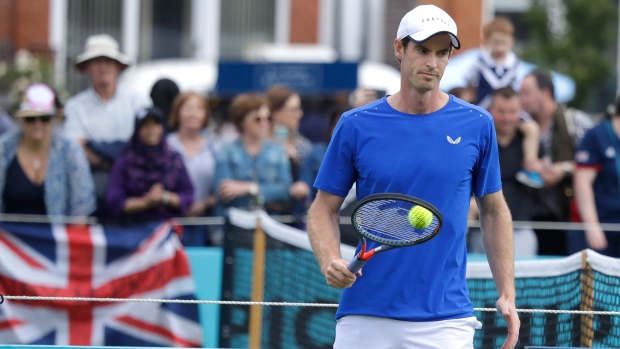 LONDON — Andy Murray's comeback has been delayed after rain washed out the entire day's play at the Queen's Club grass-court tournament for only the third time in 18 years on Tuesday.

Murray, who is competing in the doubles alongside Feliciano Lopez as he makes a tentative return to action five months after hip surgery, was due to play on Wednesday.

But their first-round match against top-seeded Juan Sebastian Cabal and Jean-Julian Rojer has now been put back until Thursday.

That is because Lopez's singles match against Marton Fucsovics was one of those affected by Tuesday's bad weather. The Spaniard is now first on Court One on Wednesday.

The only previous total wash-outs at the tournament since the turn of the century was finals day in 2011, which meant Murray's title match against Jo-Wilfried Tsonga was played on the Monday, and the opening day in 2012.