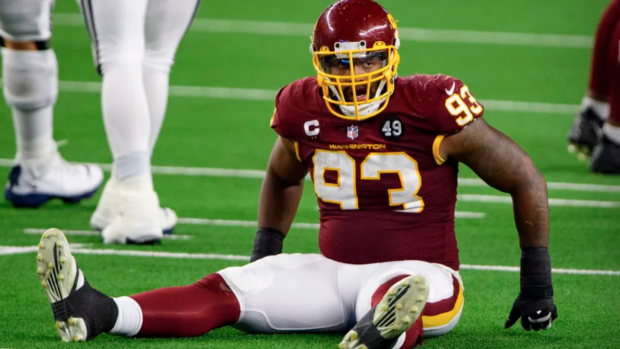 Jonathan Allen's future is in DC.

Washington Football Team locked up the 25-year-old defensive tackle to a four-year, $72 million extension, his representatives announced on Monday.

The deal comes with a $30 million signing bonus.

A native of Anniston, AL, Allen is heading into his fifth NFL season.

Originally taken with the 17th overall selection of the 2017 NFL Draft out of Alabama, Allen has appeared in 52 games for Washington.

Washington's training camp is set to open on Tuesday.