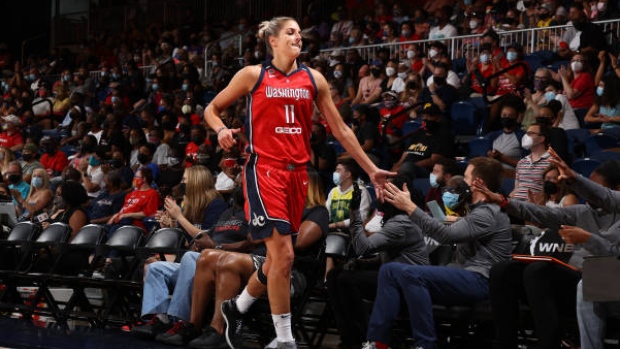 WASHINGTON -- — Elena Delle Donne scored 12 of her 19 points in the second half, Myisha Hines-Allen had 15 points, eight rebounds and eight assists and the Washington Mystics used a big third quarter to beat the Las Vegas Aces 89-76 on Tuesday night.

Washington trailed by 13 points at halftime before outscoring the Aces 24-7 in the third for a 60-56 lead. The Mystics extended their advantage to 74-60 midway through the fourth.

Ariel Atkins added 13 points and eight rebounds for Washington (3-0). Katie Benzan scored 12 points and Tianna Hawkins had 10. Natasha Cloud did not play due to health and safety protocols.

Young and Plum each scored 14 points in the first half, and Wilson had 10 points and eight rebounds to help the Aces build a 49-36 lead. Las Vegas shot 57.6% from the field in the first half while holding the Mystics to 39.5%. Wilson secured a double-double in the third quarter.