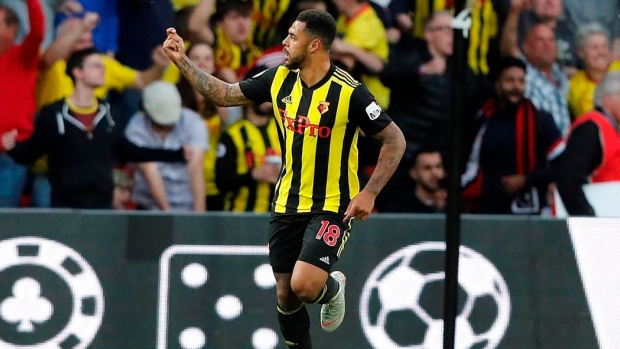 Watford will be without the services of captain Troy Deeney for several weeks after the striker underwent minor knee surgery.

"We will miss Troy because he is a very important player for us," Watford manager Javi Gracia said.

The club expects the Birmingham-born Deeney to be out for up to six league matches.

Deeney has played all 180 minutes of the Hornets' first two matches, both losses.

Signed from Walsall in 2010, this is Deeney's 10th season with Watford. In 32 league matches last season, the 31-year-old scored nine times and added two more during the FA Cup.

The Hornets return to league action on Saturday when they host West Ham at Vicarage Road.