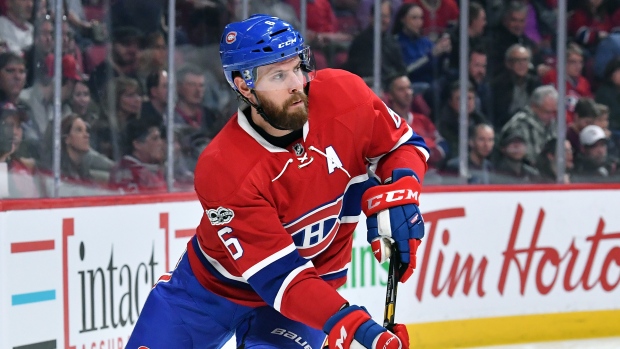 Montreal Canadiens defenceman Shea Weber will miss his second game in a row with a lower-body injury.

According to TSN Hockey Insider Pierre LeBrun, the injury is not the same lower-body injury that forced him to miss a game against the Minnesota Wild on Nov. 9. He returned two days later against the Buffalo Sabres, recording no points with one shot on goal.

In 20 games so far this season, Weber has four goals and nine assists.