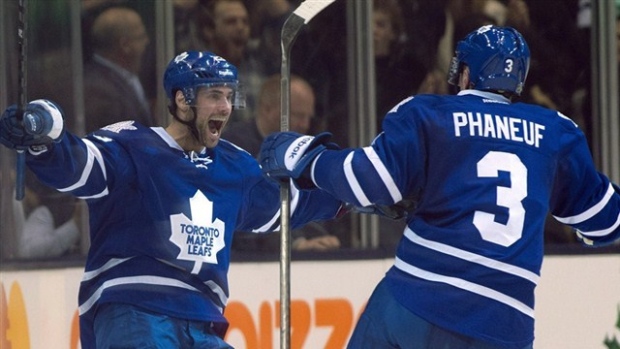 - Goaltender Oscar Dansk has been recalled from Springfield of the AHL. He will back-up Curtis McElhinney on Thursday night against the Montreal Canadiens - Team Twitter

- Newly acquired winger Devante Smith-Pelly will join the team in Columbus on Wednesday night. He will not practice with the team on Wednesday. - John Lu

- Rick Nash is day-to-day with a neck injury after missing Tuesday night's 1-0 win over the Calgaryt Flames. “Just a bad sleep, he got a crick,” said Rangers coach, Alain Vigneault, of the injury. The team will practice again on Thursday morning when Nash's status will be updated. - Bergen Record

- Back with the team from Binghamton of the American Hockey League, forward Colin Greening is not expected to play on Wednesday night against the Anaheim Ducks. Andrew Hammond is expected to start in goal. - Ottawa Citizen

- D Christian Ehrhoff (concussion) is ready to return to the line-up, but will be a coach's decision. He has been out of action since January 28. - Team Twitter

- The team has reassigned goalie Andrei Vasilevsky to Syracuse of the American Hockey League. - Team release

- Forward Trevor Smith returned to full practice on Wednesday. Smith had been out since February 14 with an undisclosed ailment. - David Alter

- Forward Blake Wheeler will not dress in Thursday night's game against the St. Louis Blues. Coach Paul Maurice is hopeful to have him back in the line-up to face the Los Angeles Kings on Sunday. Captain Andrew Ladd will play Thursday night after missing Wednesday's practice. - Sara Orlesky