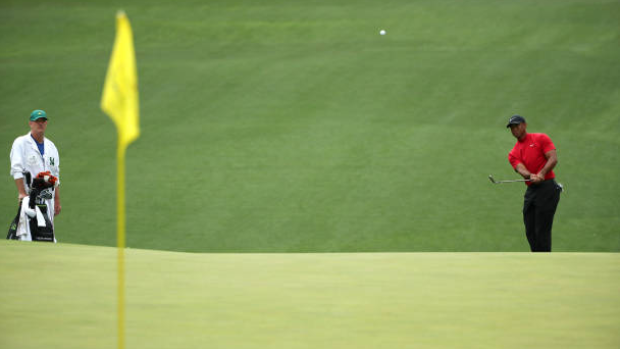 One cancelled and three postponed.

In the wake of the coronavirus pandemic, a proposed new schedule for golf’s major championships took shape on Monday with a flurry of announcements for golf’s big four.

The most striking was a cancellation of the Open Championship. For the first time since 1945, the Claret Jug will not be presented.

The R&A announced Monday it has cancelled the 2020 Open Championship that was scheduled for Royal St. George’s in England from July 12-19.

Shortly after that news, the United States Golf Association came out with a new date for the U.S. Open, shifting it to Sept. 17-20. The tournament will remain at the Winged Foot Golf Club in Mamaroneck, N.Y.

The last major, the PGA Championship, is moving from May 11-17 to August 3-9, where it will now be the first major of the recalibrated season. It remains at Harding Park GC in San Francisco, Calif.

The most stunning news was the cancellation of the Open, which was first played in 1860. It was last cancelled in 1945 due to the Second World War. It joins Wimbledon as major United Kingdom sporting events that won’t be held this year.

Martin Slumbers, the chief executive of the R&A, said in a release that the decision to cancel was not an easy one.

“Our absolute priority is to protect the health and safety of the fans, players, officials, volunteers and staff involved in The Open. We care deeply about this historic championship and have made this decision with a heavy heart. We appreciate that this will be disappointing for a great many people around the world, but this pandemic is severely affecting the UK and we have to act responsibly. It is the right thing to do.

“I can assure everyone that we have explored every option for playing the Open this year, but it is not going to be possible.”

Defending champion Shane Lowry reached out on Twitter to share his regret but also make clear his understanding of the decision.

“Obviously I’m disappointed that I won’t get to defend the Open Championship this year,” he wrote, “but I feel the R&A have made the right decision based on people’s health and safety.”

The Masters may be the most intriguing of the remaining majors. Its new date will present the famed golf course in a different light, with fall colours replacing the spring flowers. The condition of the course and how it plays may also be different at that time of year.

In announcing the new date, Fred Ridley, the chairman of Augusta National, said in a letter he hopes the tournament’s shift will provide some healthy optimism for golf fans.

“Along the way, we hope the anticipation of staging the Masters Tournament in the fall brings a moment of joy to the Augusta community and all those who love the sport,” he wrote.

The PGA Tour announced only one minor shift, with the last four tournaments on its schedule being moved one week later in the year. The Tour Championship will now finish on Labour Day weekend.

According to sources, the remaining events are scrambling to find dates on the new schedule, and nothing has been finalized.

That includes the RBC Canadian Open which still is still set to be played June 11-14 at Toronto’s St. George’s G&CC, although that seems highly unlikely for a variety of reasons and restrictions in place due to the pandemic.