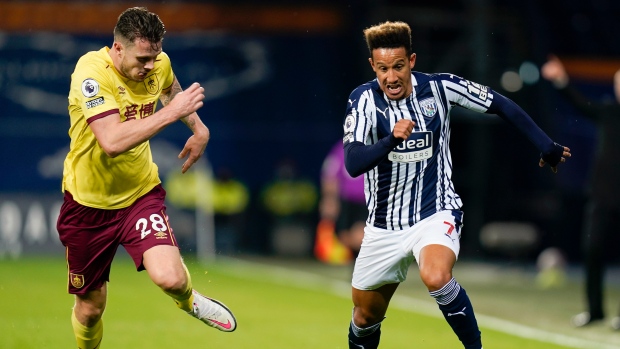 WEST BROMWICH, England — After a glut of goals to open the season, the English Premier League finally served up its first 0-0 draw when West Bromwich Albion and Burnley battled to a stalemate on Monday.

The first goalless draw came in the 47th game in the top-flight, and it allowed Burnley to collect its first point of the season at the fourth attempt.

The match at The Hawthorns wasn't without chances, with Chris Wood heading against the crossbar for Burnley and fellow striker Karlan Grant having a goal disallowed for offside on his debut for West Brom.

West Brom has two points after five games on its return to the top division.

Before Monday, 171 goals had been scored in the opening 46 Premier League games.