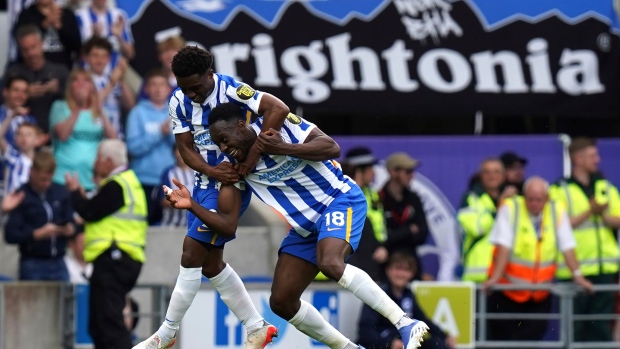 BRIGHTON, England (AP) — West Ham missed the chance to snatch a dramatic return to the Europa League after squandering a lead to lose 3-1 to Brighton in the Premier League on Sunday.

The Hammers, who lost in the semifinals of the continental competition just over two weeks ago, were on course to leapfrog Manchester United into sixth position following Michail Antonio’s brilliant 40th-minute opener.

The east London club must be content with seventh place and a spot in the Europa Conference League next season following a result which saw Brighton secure a first ever top-half finish in the Premier League — and the highest league position in the club’s 121-year history.