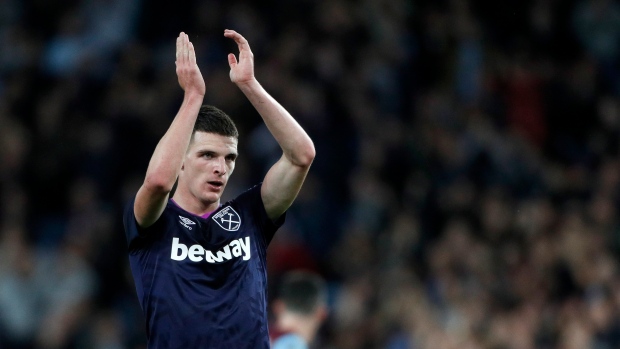 Hammers lost the tie 3-1 on aggregate and saw defender Aaron Cresswell sent off in the defeat.

"The club is aware of the video circulating on social media but will not be commenting further until the referee's report has been considered," West Ham said in a statement.

In the video, the England midfielder suggests that the referee might have been bribed.

Hammers manager David Moyes defended Rice in his pre-match availability ahead of the team's game away to Norwich City on Sunday.

"We felt as if we had been treated quite badly overall and that is what happens," Moyes said. "If you know about football, everybody is emotional, so unless you're in the heat of it sometimes people don't understand how it feels. Last night, we had a group of players who were really connected, trying to win the game and felt it was very difficult under lots of different circumstances."

According to UEFA rules, Rice could face a three-game suspension for disrespecting a match official.