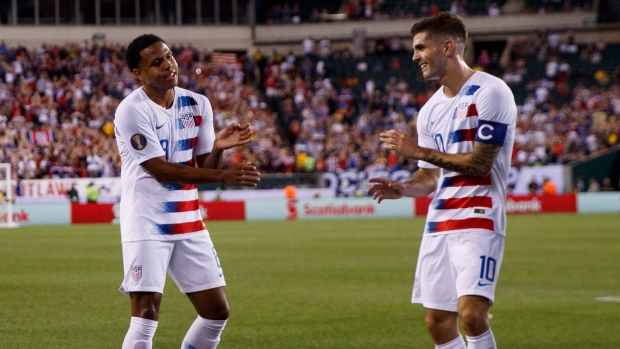 The nine-time defending Serie A champion posted photos of McKennie’s arrival in Turin on Thursday ahead of the expected loan from German club Schalke.

Late Saturday, Juventus confirmed the move and said the American “enjoys a belated birthday present with a move to the Bianconeri." McKennie’s 22nd birthday was Friday.

It added: “Juventus Football Club announces that an agreement with FC GelsenkirchenSchalke for the temporary acquisition, until 30 June 2021, of the registration rights of the player Weston McKennie has been finalized for a consideration of 4.5 million euros ($5.35 million)."

McKennie can play any of the midfield positions, which makes him a flexible option for new Juventus coach Andrea Pirlo. McKennie started playing soccer while spending part of his childhood in Germany.