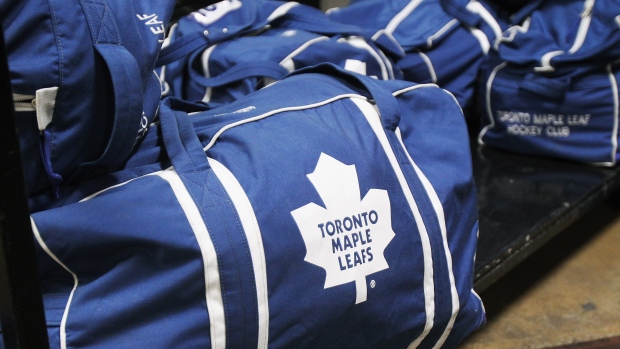 This season, the NHL’s 30 clubs will traverse more than 1.2 million miles to play 1,230 regular-season games, with each team stopping in each city at least once.

That means more than 2,500 hours spent by players 30,000-feet above North America - usually in the wee hours of the morning - not including the playoffs or preseason.

Which team will spend the most time in the air?

That’s the San Jose Sharks, who will log a whopping 50,362 miles during the 2015-16 regular season, according to Dirk Hoag at the On the Forecheck blog.

No NHL team broke 50,000 miles last season, when the Arizona Coyotes completed a league-high 49,818-mile trek. The Sharks are saddled with a massive 5,000-mile increase from last season, based on the way this matrix broke.

Hoag measures the distance traveled from home rink to road game, and then the distance to return back for the next home game and any miles in between.

The Red Wings, who previously had one of the longest commutes in hockey as a member of the Western Conference, will travel the least at 33,487 miles. The flip side is Detroit faces the second-most back-to-back games, with 17 sets on consecutive nights waiting.

Connor McDavid will quickly get a taste of road life as an NHL player: the Oilers will travel the second-most in the league with 49,401 miles. Edmonton opens the season in St. Louis on Oct. 8.

Canada’s seven teams will travel an average of 42,565 miles, a 5-per-cent bump above the overall league average of 40,208 miles per team.

The disparity between travel for Western Conference teams (an average of 43,882 miles) and Eastern Conference squads (36,994) provides the tangible benefit of having players spend more nights in their own beds.

However, the big advantage of playing out West is the chance to catch opponents playing on consecutive nights.

The Oilers, because of the geography breakdown and the NHL’s push to cut down the number of border crossings per year per team, will play 14 games as a “rested” team, according to data compiled by Gus Katsaros of McKeen’s Hockey.

A “rested” team is defined as one who faces an opponent which played the night before. Most teams will be visiting Edmonton in those games immediately after facing the Calgary Flames.

The Los Angeles Kings will play a league-high 16 games “rested” next season, benefitted by the fact that the Ducks skate just down the road in Anaheim, making Southern California a popular back-to-back swing.

The Red Wings, one of the oldest teams in the NHL, will skate in a league-high 14 games as the “tired” team.

Columbus plays the most back-to-back sets (18) of the upcoming schedule, but their opponent will also be playing the second-end of a back-to-back set in five of those games, making the Blue Jackets the “tired” team 13 times.

How much of an advantage is it being “rested” versus “tired”?

Nashville will play a league-low four games “rested”. Amazingly, the Predators - the most eastern-based of the 14 Western Conference teams - will travel nearly 5,000 fewer miles in 2015-16 than they did in 2014-15.

Nashville will have nearly exactly as tough a road schedule as the New Jersey Devils, who can make it to four divisional opponents by either bus or train. The Devils are also beneficiaries of catching “tired” teams by virtue of being located in the New York metropolitan area.

No Canadian team will travel fewer miles than the Maple Leafs, who will log the third-fewest miles in the NHL at 33,880, in Mike Babcock’s first season at the helm. The road might just feel a lot longer for the Leafs this season.