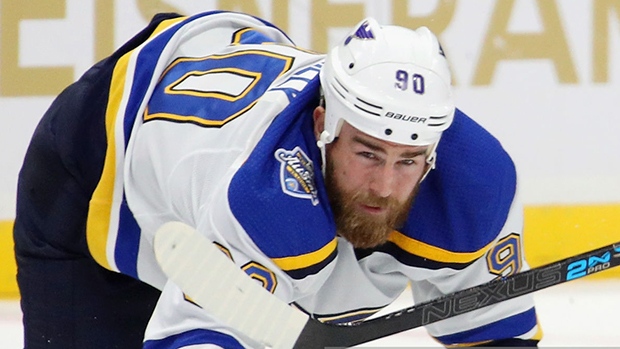 Ryan O’Reilly is among the last of a dying breed.

The Conn Smythe Trophy winner became the face of the St. Louis Blues’ Stanley Cup victory last season – in part because he’s one of the few players remaining in the NHL whose face isn’t protected by a visor.

“There’s not many guys left that don’t wear them,” O’Reilly said this week.

Six seasons after the NHL and NHLPA made the use of face shields mandatory for every player entering the league, more than 97 per cent wear one, according to a study of rosters conducted by TSN.

Only 19 of the 672 skaters to appear in an NHL game this season are skating sans visor. Down from 34 at the start of the 2017-18 campaign, the number has nearly been cut in half over the last two seasons.

In other words, the race is on to see who will be the visor’s version of Craig MacTavish, famously the last man to skate in an NHL game without a helmet.​

“I got a lot of cuts [from] my visors in battles, the visor is always coming down on top of my lips and stuff like that,” said O’Reilly, who wore one for his first season and a half in Colorado, but took it off when he got more comfortable in the NHL. “I think it’s just easiest for seeing. You don’t have to worry about something getting in the way, especially with all of the sweat off my face and my beard. I think, visually, it just gives me the biggest advantage."

More than half of the NHL’s teams (16) have all 20-plus skaters wearing visors, including four of the seven Canadian squads, meaning that it’s not unusual anymore to see a game contested between two teams with every player partially protected facially.

That has created an acute awareness among the players left without a visor. It’s almost a brotherhood, where one player can rattle off a list of similar players from the top of his head.

More than half of the NHL’s current 672 skaters made their debut after the 2013 mandate, meaning they don’t have the option to play without a visor. Most have been conditioned to wear one anyway, rising through the junior and minors ranks, where visors are also mandatory.

Over time, previous stalwarts like Pittsburgh’s Erik Gudbranson have also begun wearing one.

Simmonds has actually gone the other way. He wore a visor last season with the Philadelphia Flyers and Nashville Predators, but took it off this season after signing in New Jersey.

Simmonds said that he was pressured by then-Flyers GM Ron Hextall to wear one two seasons ago. (Hextall also pressured Flyers players to wear protective knee braces, even the players who did not have previous knee injuries, according to multiple sources.)

Now with the Devils, Simmonds said he removed the visor not because there wasn’t the same limitation imposed by GM Ray Shero, but because he wanted to get back to his old self.

“I had a couple tough years there in Philly and I had my visor on while I was doing it. I didn’t have my visor on and I was doing pretty well,” Simmonds said. “Honestly, I don’t think the visor had anything to do with it, but moving to a new team, new surroundings, I’m trying to recreate myself, I guess.”

Simmonds said he was enthralled recently watching a clip of MacTavish playing in the 1994 Eastern Conference Final against the Devils as the only skater left without a helmet.

“It was hard to believe,” Simmonds said.

Who will be the MacTavish of his generation with the visor?

The smart money then would be on O’Reilly, the youngest player to not wear one at 28, who has the Conn Smythe pedigree and the ability and drive to outlast them all.

A list of current NHL players without a visor: