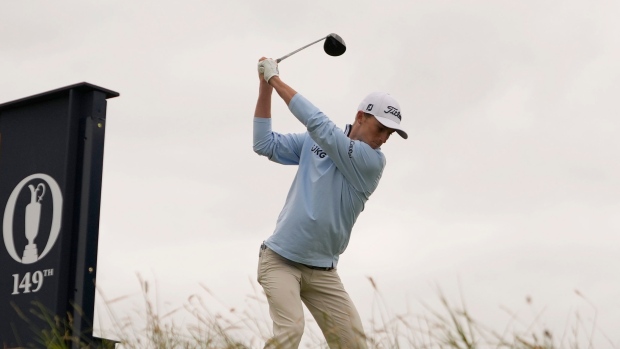 The rough at Royal St. George's has claimed its first victim in Will Zalatoris.

The Masters runner-up withdrew from the British Open with a back injury after opening with a 69. Zalatoris says the shot he tried to hit out of thick grass on the 15th hole Thursday sent a tingle down his left leg. He says he's been advised not risk any further damage.

Zalatoris says he thought about not not playing the final three holes but felt he should finish the round. He says he tried to hit balls Friday morning and do more work in the gym. His back didn't get any better. He says he was gutted to have to pull out.