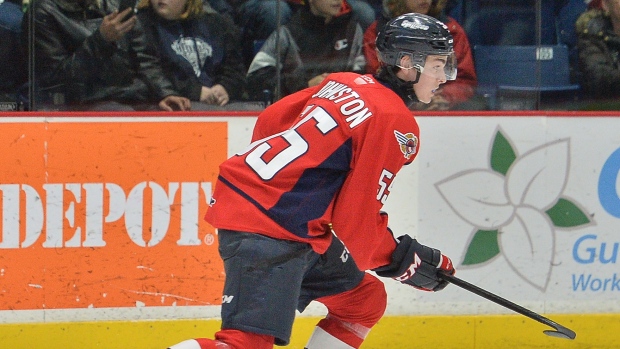 Will Cuylle added three assists for Windsor in the win as the Spitfires rallied back to turn a 2-0 deficit heading into the second period into a 4-2 advantage when the third frame began.

Rangers goalie Pavel Cajan made 38 saves in the loss.

The Spitfires have now won two straight and will have a chance to close out the series and advance to the Western Conference final back home in Windsor in Saturday's Game 5.

Elsewhere around the OHL playoffs Thursday, both the North Bay Battalion and Flint Firebirds also took 3-1 leads in their respective series.

The Battalion hung on to beat the Kingston Frontenacs 4-3, while the Firebirds needed overtime to defeat the Soo Greyhounds 3-2.

Like Windsor, North Bay and Flint will have opportunities to close things out at home on Saturday.