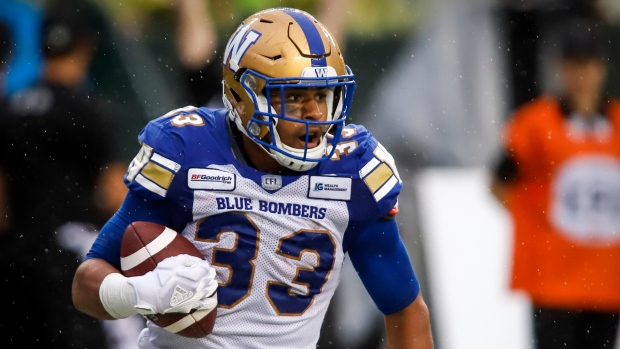 The Winnipeg Blue Bombers will be shorthanded on offence when they open their Grey Cup title defence on Thursday night.

Both wide receiver Darvin Adams and running back Andrew Harris will miss the team's opening game against the Hamilton Tiger-Cats.

The @Wpg_BlueBombers will be without WR Darvin Adams and RB Andrew Harris for their Week 1 matchup versus @Ticats Thursday night. #CFL #bombers

Harris, the CFL's leading rusher in each of the previous three seasons, was named Grey Cup Most Valuable Player in 2019. The 34-year-old had 225 carries for 1,380 yards and four touchdowns during the 2019 season.