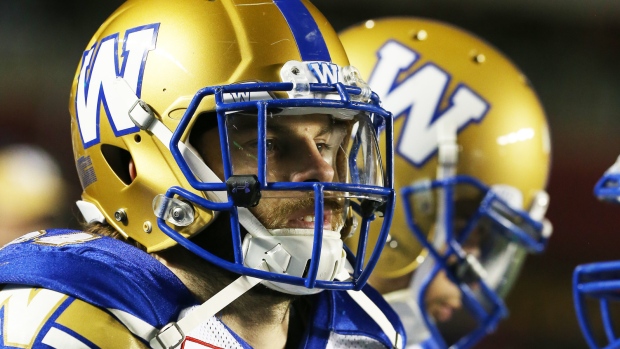 The Kelowna, B.C., native was scheduled to become a free agent next month.

Briggs, who was a second-round selection by the Bombers in the 2014 CFL draft, has dressed for 104 regular-season games, ranking behind only Jake Thomas (150) as the longest-serving member in terms of games played.

He had a career year in 2021. Working in a defensive rotation at linebacker, the six-foot-one, 207-pound Briggs had 24 tackles plus five on special teams, while adding a forced fumble and an 83-yard fumble-return touchdown in a game in Toronto on August 21 -- his first TD of his professional career.

Briggs, who played at McGill University, has made 62 special teams tackles over his career in Winnipeg.

This report by The Canadian Press was first published Jan. 16, 2022.