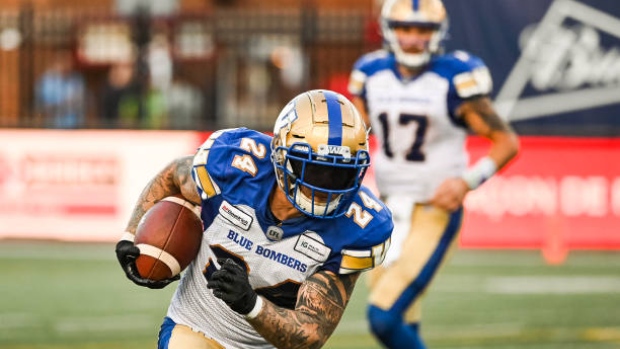 The Winnipeg Blue Bombers have agreed to terms with Canadian fullback Mike Miller, the team announced via press release on Thursday.

Miller, 33, joined the Blue Bombers as a free agent ahead of the 2017 season.

He currently holds the CFL all-time record in special teams tackles with 226, a record he claimed during the 2021 season.

Miller started with the Edmonton Eskimos in 2011, where he signed as an undrafted free agent.

A West Division All-Star in 2019 and 2021, Miller was also the West Division's Most Outstanding Special Teams Player in both of those seasons.

Miller has also played sparingly in both offensive and defensive plays in his career - he started as a linebacker, and moved to fullback during the 2014 season with Edmonton. He scored his first career touchdown in 2017, when he recovered a blocked punt and returned it for a touchdown.