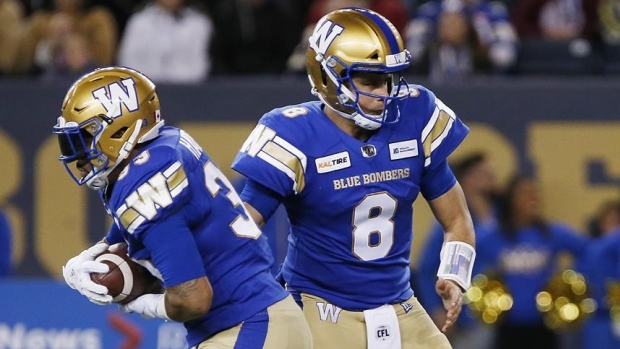 Winnipeg Blue Bombers star running back Andrew Harris left Friday's game at halftime against the Edmonton Elks after appearing to injure his knee on a touchdown.

The running back would not return to the game.

The 34-year-old grabbed his right knee after diving into the end zone for a score late in the first half.

Harris ran for 39 yards on six carries and one five-yard touchdown reception on the night.

For the season, the 11-year CFL veteran has ran for 617 yards and three touchdowns on 115 carries over seven games.

Harris missed the first three games of the season with a calf injury.