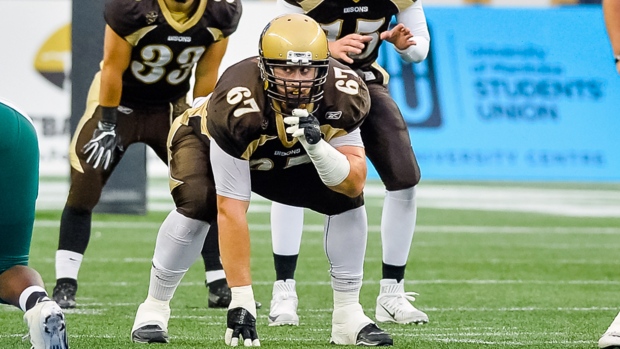 The Winnipeg Blue Bombers have agreed to a two-year contract extension with Canadian offensive lineman Geoff Gray, the team announced on Monday.

His name is Geoff

Gray, 27, was a first-round selection (No. 8 overall) of the Blue Bombers in the 2017 CFL Draft and will return for a fourth season in Winnipeg.

He dressed for five games with the club in 2021.