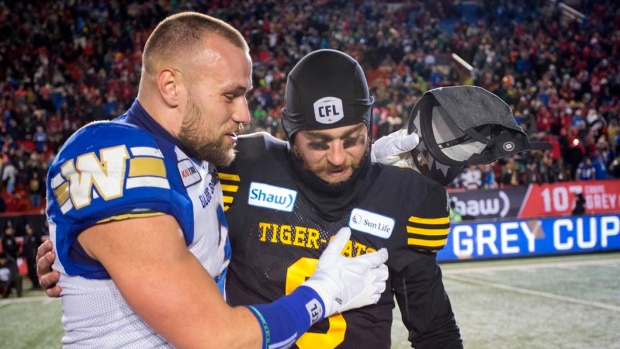 Hansen made two big plays during the Bombers' Grey Cup run — a tackle on a goal-line stand in the West final against Saskatchewan and a hit on two Hamilton players on a kickoff return in the Grey Cup.

Hansen signed with the Warsaw Panthers of Poland’s Liga Futbou Amerykanskiego last year after the CFL season was cancelled. He was a unanimous selection to American Football International’s All-Pandemic Team.

This report by The Canadian Press was first published Jan. 6, 2021.