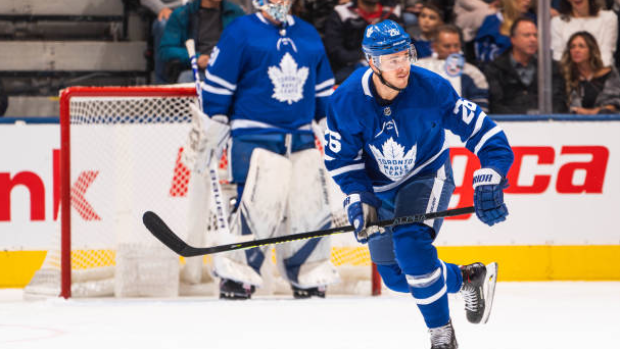 The Winnipeg Jets claimed centre Nick Shore off waivers from the Toronto Maple Leafs on Wednesday.

To make room for Shore on the 23-man roster, the Jets placed defenceman Dmitry Kulikov on injured reserve. The team announced Tuesday Kulikov would be out until the All-Star break next month.

TRANSACTIONS: The Winnipeg Jets have claimed F - Nick Shore off waivers from the Toronto Maple Leafs.

D - Dmitry Kulikov has been placed on injured reserve.

Shore, who was placed on waivers Tuesday, posted two goals and one assist in 21 games with the Maple Leafs this season.  He appeared in just one of the team's five games under new head coach Sheldon Keefe before being waived, scoring against the Colorado Avalanche on Nov. 23.

The 27-year-old spent last season in the KHL with Magnitogorsk Metallurg, scoring three goals and posting 16 points in 37 games.