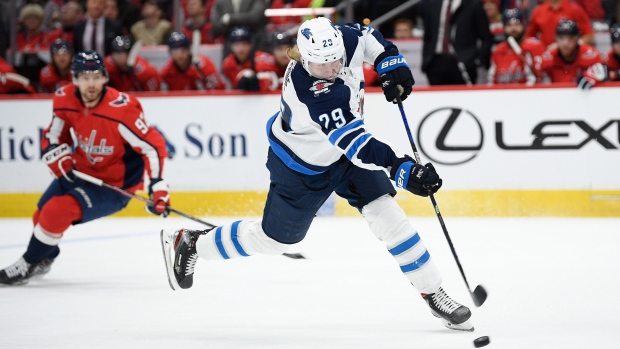 Winnipeg Jets forward Patrik Laine will not return to tonight's game against the Washington Capitals after blocking a shot off his left foot.

Patrik Laine will not return tonight after blocking a shot early in the first period. #NHLJets

Laine had blocked a Kempny shot just a few minutes earlier. Hit him on the inside of the left foot https://t.co/eq9IUKAJzp

After the game, it was announced he will travel with the team to Edmonton for Saturday's game and they'll see how he feels. Tests revealed that nothing is broken.

Laine blocked a Michal Kempny shot that hit him on the inside of the foot just a few minutes into the first period. He limped off the dressing room and didn't return.