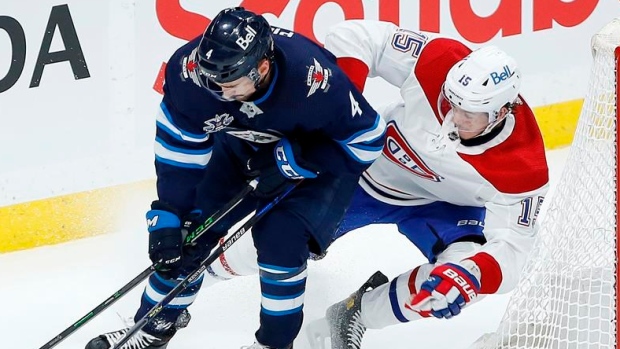 Winnipeg Jets defenceman Neal Pionk is in concussion protocol and won't travel with the team on their upcoming road trip after taking a hit from Toronto Maple Leafs forward Jason Spezza Sunday night.

Neal Pionk, who is suspended for the next two #NHLJets games, is in concussion protocol and will not travel with the team on their road trip later this week. #TSN @TSN_Edge

The incident happened in the third period when Pionk was reaching to clear the puck with his hand. Spezza's knee made contact with Pionk's head on the hit.

Spezza had an in-person hearing with the NHL Department of Player Safety on Tuesday.