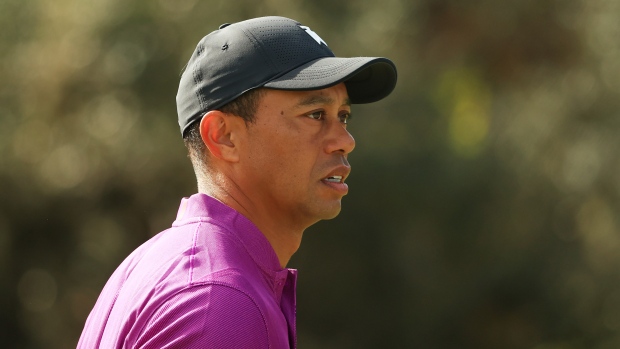 In his first interview since a car accident last February, Tiger Woods appeared healthy, vibrant and realistic about his golfing future.

Woods spoke with Golf Digest for 40 minutes where he revealed that while he hopes to return to competitive golf, he accepts that he will never be able to compete at the highest level again.

Woods said that while he hopes to return to the PGA Tour, he will never play a full schedule again. Instead, he’ll pick and choose a few starts and prepare for those.

The 45-year-old golfer injured his right leg and foot in an accident on Feb. 23. Driving at a high rate of speed, he left the road and rolled his car down an embankment. He said that he spent three weeks in hospital and then another three months in a hospital bed at his Jupiter, Fla., home. He eventually made it up to a wheelchair, then crutches, followed by a walking boot and now only a compression sock on his leg.

He revealed that in the early days after his accident, his injury was serious enough that doctors considered amputation.

"There was a point in time when, I wouldn't say it was 50/50, but it was damn near there if I was going to walk out of that hospital with one leg," he said.

There has been steady improvement. Woods started the interview by walking without aid or a limp to a seat in front of a camera to get on the Zoom call. However, he said that his road to recovery is “not even at the half-way point.” Last week, he teased social media by posting a three-second video of him hitting a wedge shot, leading many to believe his return may be sooner than expected.

Woods spent a great deal of time talking about golfing with his son, Charlie, and how he has been teaching him to play. He discussed critiquing his scorecard from a recent tournament and tried to get him to forget about the bad holes and focus instead on the next shot. He also mentioned the two played games on the course where there were rewards for the winner of the contest. Most of the rewards revolved around hot dogs and chips.

The underlying theme to Woods’ talk seemed to be the acceptance that his best days are behind him and that he will never be able to play at the level he did earlier in his career. His leg injury, a bad back and his age – he turns 46 on Dec. 30 – make that all but impossible.

"I don't have to compete and play against the best players in the world to have a great life," he said.

Woods will hold a press conference on Tuesday morning at the Hero World Challenge in the Bahamas, a tournament where he serves as host.