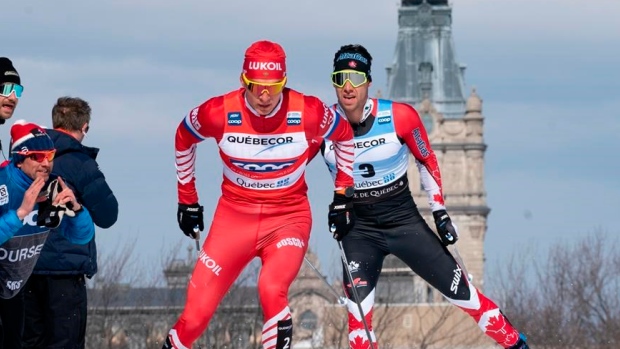 QUEBEC — The World Cup cross-country ski event this weekend in Quebec City has been cancelled because of the COVID-19 outbreak.

The move ends the cross-country season. Races for next week in Minneapolis and Canmore, Alta., were cancelled Thursday.

Several of the top competing countries left Quebec over the last couple days and then Canada announced early Friday morning it would not compete.

Organizers said the countries' decisions made it "impossible" to go ahead with the event.

Cancellations and suspensions of sports events have been regular occurrences over the past 48 hours.

"The conditions were perfect and we were ready to roll out the red carpet for all athletes, event partners and the general public with the strictest precautions in place to ensure their health and safety," said Marianne Pelchat, executive event producer and spokesperson for Gestev, the event promoter.

"Until just a few hours ago it looked like it would be possible to hold this world-class competition on the Plains of Abraham this weekend as planned, but we have had to adjust to the rapidly changing situation and the withdrawal of various national teams."

Nordiq Canada said health was its first priority in pulling out Canadian athletes. It said it made its decision in solidarity with other countries that pulled out, including Norway, Germany, Sweden, Finland, Great Britain, the Czech Republic and the United States.

"Our number one priority is, and always will be, the safety and health of our athletes and staff," Nordiq Canada said in a statement. "We feel this is the best course of action to do our part in keeping, not only each and every athlete and staff member safe, but also the general public."

This report by The Canadian Press was first published March 13, 2020.