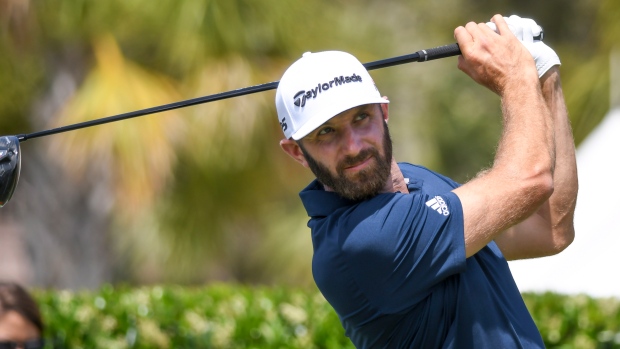 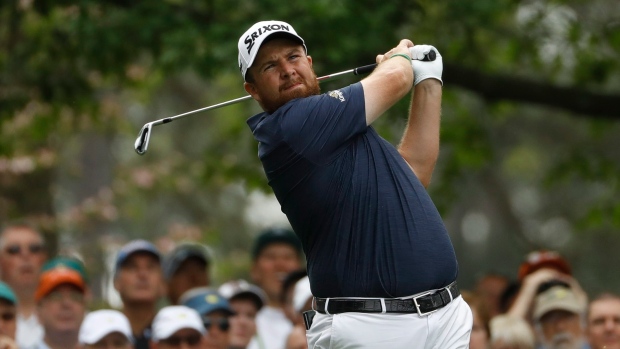 Johnson shot a 3-under 68 for a one-shot lead over Shane Lowry, Ian Poulter and Rory Sabbatini.

The top-ranked Johnson, a South Carolina native who had not played his home state's only PGA Tour stop for nine years before returning in 2018, seems to have found a home on Harbour Town Golf Links' narrow fairways and smallish greens. He had his sixth round in the 60s over the last two years to reach 10 under.

"I'm really enjoying playing in it," Johnson said. "I really enjoyed playing in it last year after being away for so long. It's something I look forward to now. We have a really big fan base here and growing up in South Carolina definitely helps."

Lowry led the first 48 holes before making three bogeys on his final six holes in a 71. Poulter shot a 67, and Sabbatini had a 68.

Patrick Cantlay kept up his stellar weekend play and was two shots behind. Cantlay shot 64-68 last week at the Masters and had a 66 to lead a group of six at 8 under.

Johnson, who's won 20 PGA Tour titles, showed off other parts of his game that sometimes get overlooked by his massive drives. He saved par out of the pine straw after a bad drive to the right and into the trees on the 12th hole, then made birdie on the par-5 15th after putting his tee shot in the woods. He hit just five of 14 fairways, yet had only 25 putts.

"The course played tough. It was very challenging," he said. "It was tough getting balls close to the hole."

Was there some secret to Johnson's play?

If he can keep it up Sunday, Johnson will become just the second South Carolina born player to win the RBC Heritage, joining friend and one-time Dutch Fork High golf teammate Wesley Bryan, who became the first to do it two years ago.

Johnson won the World Golf Championships-Mexico Championship in February and tied for second last week in the Masters.

Lowry was the steadiest of anyone for the first 2 1/2 rounds and held a three-stroke lead over Johnson entering the back nine before faltering. The Irishman came up short on a sand shot on the 13th hole and took bogey. He put his tee shot into the water on the par-3 14th for a second straight bogey. Two holes later, Lowry added his third bogey after going the first 48 holes with just one.

"Even making those bogeys, it was the best I've been in a while (to stay in position for a victory)," he said.

Lowry was among 56 competitors who had to finish the rain-delayed second round in the morning.

Poulter is seeking a bit of payback on Harbour Town after last year. He was the 54-hole leader with three sub-70 rounds before ballooning to a 75 on Sunday. He opened his third round this time with a double-bogey 6, but rallied with six birdies the rest of the way to stay close.

Sabbatini strung together nine straight pars to close his round.

Cantlay bounced back after putting up a 72 in the second round with a bogey-free round. He said he's kept the good mindset he had with his play at Augusta National last week.

"Playing that well on the weekend was obviously huge," he said. "I feel like I usually play well and close strong."