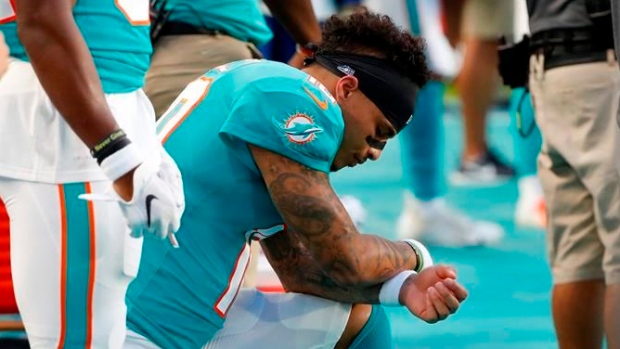 Last week Stills objected to Ross hosting a fundraiser for President Donald Trump, and said there was a contradiction in the Dolphins owner supporting both the president and racial equality. Following a team practice Wednesday against the Tampa Bay Buccaneers, Stills said he recently spoke with Ross about the matter.

"I have my opinion, and he has his," Stills said. "Our conversation was short. We agreed to disagree, and we both said that there weren't any hard feelings, and our focus was on trying to win games this year."

The campaign fundraiser at Ross' home in the Hamptons, with tickets costing up to $250,000, was held Friday.

Stills has been outspoken on the issues of social justice, equality and discrimination. He said he and Ross can disagree and still move forward.

"A lot of the things that I've talked about are just on a basic level of being a human being, being respectful and really just caring about others, and trying to draw the line in the sand when it comes to hate and divisiveness and inciting violence," Stills said. "We're trying to encourage other people to do the same."