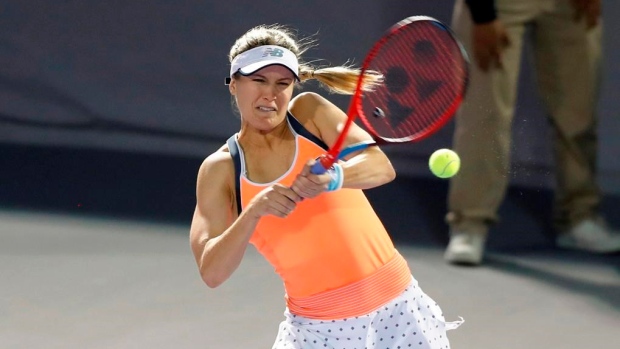 Eugenie Bouchard was back on the court Monday for the first time since undergoing shoulder surgery in June.

"The first ball I hit in 8 months!!! The day has finally arrived! I can’t believe it," Bouchard wrote on Instagram with an accompanying video of her on court.

The 27-year-old underwent arthroscopic surgery on her shoulder after first tearing her subscapularis during a match in Guadalajara in March.

We’re so happy to see you back on court @geniebouchard! 💪 pic.twitter.com/rM2CnbJgxw

Bouchard said in June she tried to rehab the injury before surgery but elected for the procedure when it did not improve.

A finalist at Wimbledon in 2014, Bouchard won her lone career title at Nuremberg Cup in Germany in 2014.