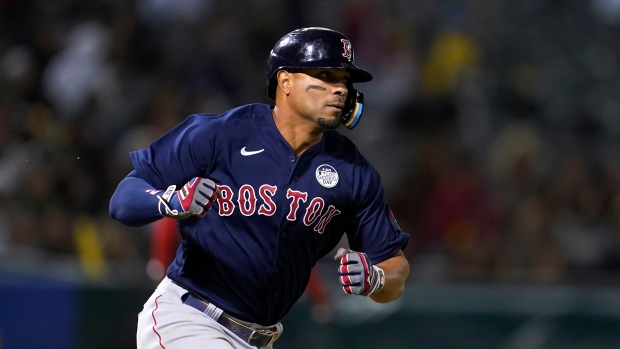 Shortstop Xander Bogaerts and the San Diego Padres have agreed to an 11-year, $280 million deal, according to ESPN's Jeff Passan.

Shortstop Xander Bogaerts and the San Diego Padres are in agreement on an 11-year, $280 million contract, a source familiar with the deal tells ESPN. A monster contract and the Padres, after missing Trea Turner and Aaron Judge, get the longtime Red Sox shortstop.

The 30-year-old has been one of the more consistent producers at the plate among shortstops for the better part of the last decade, turning in another solid season in 2022.

Bogaerts hit .307 with 15 home runs and 73 RBIs in 150 games, making the American League All-Star Team for the fourth time in his career. His .833 OPS also marked the fifth consecutive season he has turned in an OPS north of .800.

Bogaerts’ best season came in 2019 when he hit 33 home runs, drove in 117 and turned in a .939 OPS while winning the Silver Slugger award and finishing fifth in AL MVP voting.

A native of Oranjestad, Aruba, Bogaerts made his debut as a 20-year-old and helped the Red Sox to World Series titles in both 2013 and 2018.