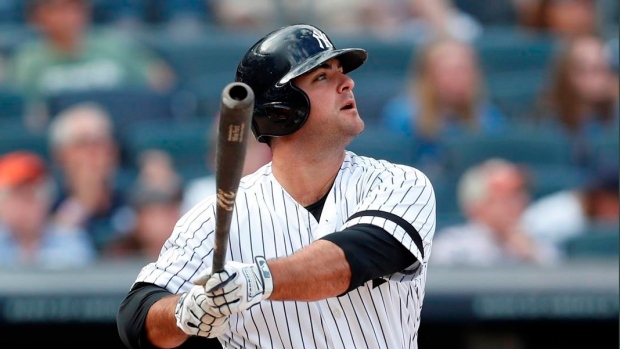 NEW YORK (AP) — First baseman Mike Ford was traded by the New York Yankees to the Tampa Bay Rays on Thursday for $100,000 and a player to be named.

Ford was designated for assignment Saturday when reliever Zack Britton was activated from the injured list.

The money in the trade is payable July 1.

But he slumped to a .135 average with two homers and 11 RBIs in 74 at-bats during the pandemic-shortened 2020 season. With first base time available this year because of Luke Voit's injuries, Ford batted .133 with three homers and five RBIs in 60 at-bats.

A rare left-handed hitter on the current Yankees, Ford had a .199 average with 17 homers and 41 RBIs in parts of three major league seasons.

Ford hit .083 (2 for 24) with one RBI in seven games this season at Triple-A Scranton/Wilkes-Barre.