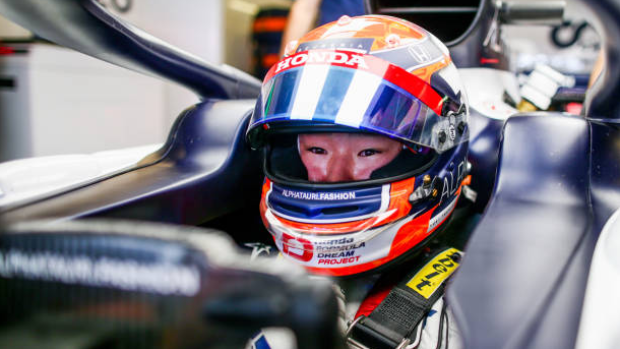 FAENZA, Italy — Japan will have a driver in Formula One for the first time in seven years after AlphaTauri confirmed Wednesday that Yuki Tsunoda will replace Daniil Kvyat at the team in 2021.

Tsunoda steps up to F1 after placing third in Formula Two last season with three race wins. He won the F2 rookie of the year award as the highest-scoring driver in his first season. The 20-year-old Tsunoda will be the first F1 driver to be born in the 21st century.

He will partner Pierre Gasly at AlphaTauri, which is Red Bull's second team with a focus on developing talented drivers who can represent the main team.

“Red Bull has been following Yuki’s career for a while now and I am sure he will be a great asset to our team," AlphaTauri team principal Franz Tost said. “Watching him in Formula 2 this year, he has demonstrated the right mix of racing aggression and good technical understanding.”

The last Japanese driver in F1 was Kamui Kobayashi, who raced for Toyota, Sauber and Caterham before leaving at the end of the 2014 season.

Kvyat is without an F1 drive for 2021. The Russian has spent six seasons in F1 with AlphaTauri and Red Bull.