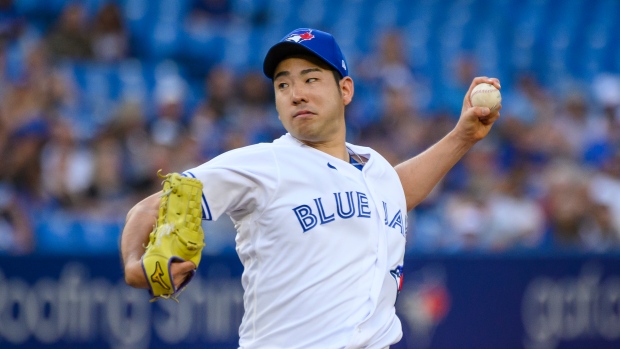 Kikuchi did not sit in the dugout for Wednesday's 6-1 victory over the Baltimore Orioles and was instead seated in the bullpen with other relievers, indicating an apparent change in role.

The 31-year-old has struggled mightily in 20 starts this season, posting an ERA of 5.25 and a WHIP of 1.51. His latest outing came Monday night when he allowed six runs (three earned) in 3.1 innings in an eventual 7-4 loss to the Orioles. It was his second tough outing against Baltimore in as many starts as he surrendered five earned runs in 5.0 innings one week prior at Camden Yards.

Meanwhile, White was acquired from the Los Angeles Dodgers on trade deadline day earlier this month and will start his third game for the Jays Saturday in the Bronx. In 17 appearances split between the two teams this season, White is 1-3 with a 3.72 ERA and 52 strikeouts in 65.1 innings.