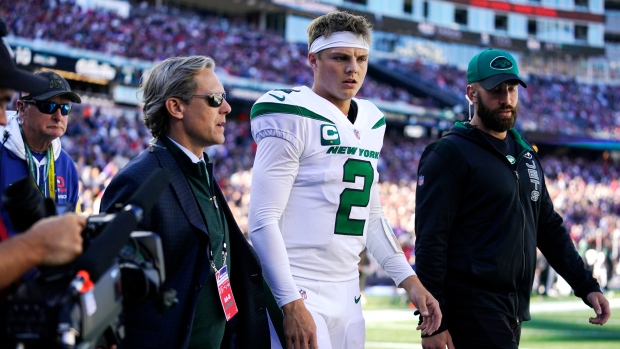 New York Jets rookie quarterback Zach Wilson has left the game against New England early in the second quarter with a knee injury.

The Jets later announced Wilson would not return.

Wilson took a hit from Patriots linebacker Matt Judon and was down several minutes on the field. He eventually walked off the field on his own and went to the medical tent. There was no immediate word on whether Wilson would return.