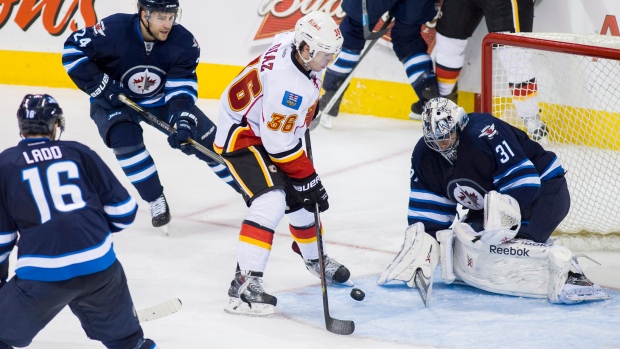 Raphael Diaz has hung on with the Calgary Flames.

The Swiss defender has signed a one-year deal with the Flames worth a reported $700,000 after successfully making the 23-man roster on a professional tryout.

In 145 career games he has scored six goals and 39 assists.

Originally signed as a free agent by the Canadiens in 2011, Diaz has represented Switzerland internationally on numerous occasions.

He was a member of the Swiss team at both the 2010 Olympic Games in Vancouver and the 2014 Sochi Games. He won a silver medal with the Swiss at the 2013 IIHF World Championships.