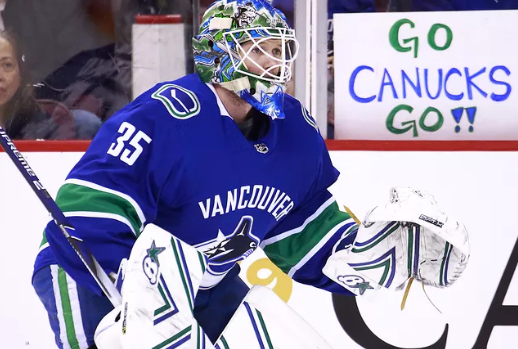 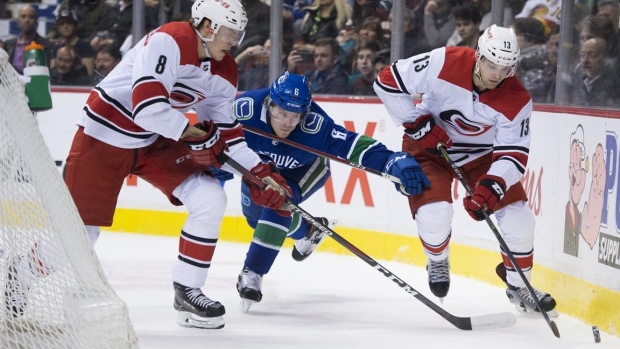 VANCOUVER – The Vancouver Canucks (15-12-4) close out a five-game homestand tonight when they host the Carolina Hurricanes (19-11-1) at Rogers Arena. They are 2-2 through the first four games with wins over Ottawa and Buffalo bookended by losses to Edmonton and Toronto.

The Canucks return to action after a 4-1 loss to the Maple Leafs on Tuesday night. Josh Leivo had the lone Vancouver goal. He has three goals in the past two games and five games in the last five outings. Leivo has scored five of the team’s last 15 goals.

Brock Boeser matched a career-high with eight shots on goal against the Leafs. He did not score, however, and has just one goal in his past eight contests. Elias Pettersson has 1+1=2 in his past five games. The Canucks leading scorer had 6+14=20 through his team’s first 14 games. He has 6+7=13 in the 17 games since then.

It was a busy news day around the rink this morning as the Canucks revealed that Thatcher Demko suffered a concussion in practice yesterday and is now in the league’s concussion protocol. Michael DiPietro has been recalled from Utica and will back-up tonight. Brandon Sutter took the morning skate hoping to return to the line-up after being out a month with a groin issue, but he will not play tonight. With Micheal Ferland out of action, Zack MacEwen will slide onto the fourth line with Jay Beagle and Tim Schaller.

Jacob Markstrom makes his second straight start in goal. He posted his first NHL shutout against Carolina at Rogers Arena on December 5, 2017. That night he stopped all 30 shots he faced.

While they still lead the NHL in power play opportunities, the Canucks have had just 15 chances to work with the man-advantage in their last seven games. The had just one full power play against Toronto on Tuesday and one other opportunity that spanned the final seven seconds of the hockey game.

The Canes come into tonight’s game having won three straight and four of their last five. Only four teams in the league have more wins than the Hurricanes (Washington, Boston, New York Islanders & Colorado).

Carolina beat Edmonton 6-3 on Tuesday. Rod Brind’Amour’s team jumped out to a 3-0 first period lead, watched as the Oilers tied the game 3-3 five minutes into the third and then the Hurricanes scored the final three goals of the night. Sebastian Aho led the way with a pair of goals with singles by Ryan Dzingel, Jordan Martinook, Nino Niedereitter and Dougie Hamilton. James Reimer made 33 saves for the victory.

Aho, who has 5+2=7 in his past two games, now has a team-high 18 goals on the season and leads all NHL players with 15 goals since November 1st. Meanwhile, second-year winger Andrei Svechnikov leads the team in scoring with 13+21=34. Svechnikov, the second overall pick in the 2018 Draft, had 20+17=37 in 82 games in his rookie season a year ago.

Dougie Hamilton is having a terrific offensive season. Among all NHL defensemen, he is second only to Washington’s John Carlson in goals with 11 and points with 30. Hamilton leads all blueliners – is tied for 10th among all skaters -- with 113 shots on goal.

The Hurricanes swept the season series from the Canucks last season with a 3-3 win in Raleigh early in the season and a 5-2 win in Vancouver in mid-January. Overall, Carolina has won three straight head to head and four of the last five.

Tonight’s game features one of the newest referees in the NHL. Michael Markovic is a 30-year-old from Scarborough, Ontario who worked his first NHL game last March. According to nhlofficials.com, Markovic has just six games of NHL experience under his belt. He played four games with Powell River in the BCHL before spending five seasons at the University of Toronto and then turned pro and played 13 games with the Alaska Aces of the ECHL at the end of the 2014-15 season. At that point, he realized his best chance of skating in the NHL was an on-ice official.