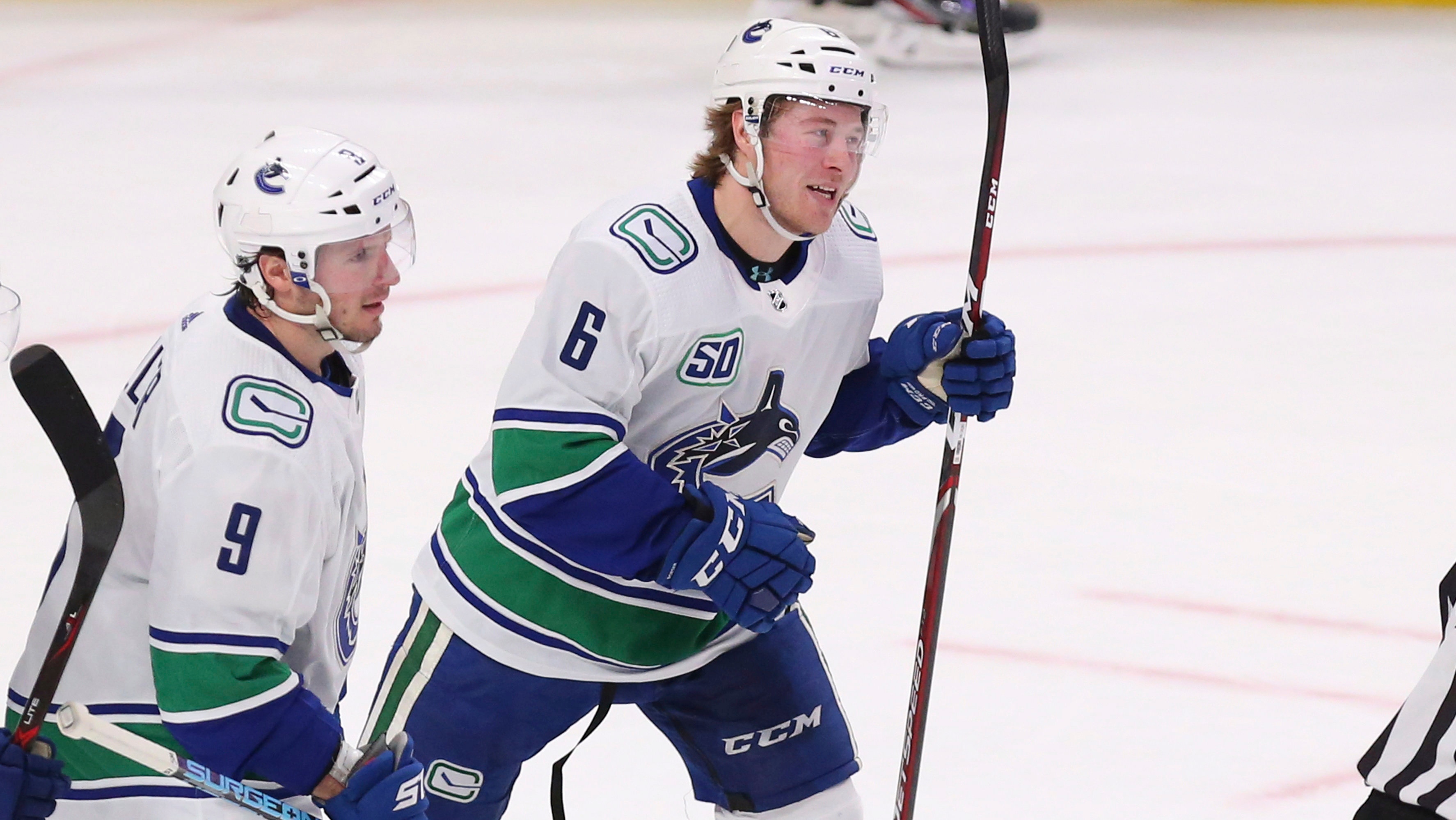 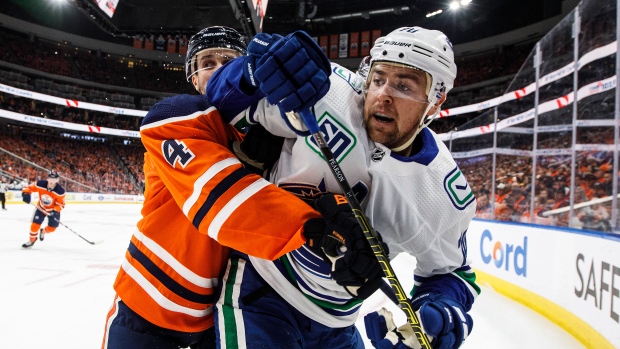 EDMONTON – It’s the end of the line for the Vancouver Canucks (12-10-4) as their longest road trip of the season winds up tonight when they face the Edmonton Oilers (16-8-3) at Rogers Place. It’s the sixth game of a six-game trek that started 14 days ago in Dallas. Tonight’s game is also the start of a weekend back to back set against the Oilers with the rematch tomorrow night at Rogers Arena in Vancouver.

The Canucks will look to rebound from a disappointing 8-6 loss in Pittsburgh on Wednesday. The team held leads of 4-2 and 6-3 in the third period, but couldn’t make them stand up as the Penguins scored five unanswered goals for the comeback victory. JT Miller and Adam Gaudette each scored twice while Elias Pettersson and Jake Virtanen added singles. Thatcher Demko allowed seven goals on 39 Pittsburgh shots.

Miller has scored in back to back games and three of the team’s last four contests. He leads the Canucks with 12 goals on the season followed by Pettersson with 11. Quinn Hughes had his second three-assist game of the road trip on Wednesday and his third in the 25-games he has played this season.

The Canucks are 2-3 on the road trip after losses in Philadelphia and Pittsburgh. They have been outscored 20-15 in those five games. More concerning is the fact they have been outshot 186-128 including 74-39 in the two games in the state of Pennsylvania.

Jacob Markstrom was tabbed to get the start in Pittsburgh, but was ill and served as the back-up. He has recovered and will get the call in goal tonight. He has delivered victories in each of his past two games (in Nashville and Washington). He made 32 saves against the Capitals in his last start last Saturday afternoon. In addition to inserting Markstrom, the Canucks are expected to make a line-up change up front with Loui Eriksson replacing Nikolay Goldobin. Eriksson is expected to join Bo Horvat and JT Miller on a line designed to match-up against the Oilers top scorers.

The Oilers are back in action after a 4-1 loss in Colorado on Wednesday that wrapped up a five-game road trip. Jujhar Khaira gave Edmonton a 1-0 lead, but the Avalanche rolled from there. Mikko Koskinen made 46 saves as the Avs held a 50-20 edge in shots on goal.

The league’s top two scorers – Leon Draisaitl and Connor McDavid – were held off the scoresheet in Denver. Draisaitl tops NHL scoring with 48 points (16+32=48) and sits a single point ahead of McDavid (18+29=47). Along with James Neal and his 14 goals, the Oilers have three of the top 10 goal scorers in the league this season – the only team that can boast that. Ten of Neal’s 14 goals have come on the power play.

Edmonton will be without Burnaby’s Ryan Nugent-Hopkins this weekend. He had underwent a minor surgical procedure this week to repair a hand injury and is expected to miss 7-10 days.

After serving as the back-up the past two games, veteran Mike Smith returns to the Oilers net tonight. He won his last start last Saturday in Las Vegas making 25 stops in a 4-2 Edmonton win.

Tonight is a match-up of the most power play goals in the NHL (Canucks with 28) against the top power play in the league by percentage (Edmonton 32.0%). The Oilers are even more potent on home ice where their power play is running at 36.4%. Tonight’s game features four of the top five power play scorers in the NHL (McDavid 21 points, Pettersson and Draisaitl 16 apiece & Hughes 13).

Special teams have played a vital role in the Oilers early season success. They enter tonight’s game with the league’s best power play and the second best penalty kill.

After tomorrow night, the Canucks and Oilers will meet again on December 23rd in Vancouver. That means their four-game season series will conclude prior to Christmas. Edmonton beat the Canucks 3-2 on opening night on October 2nd.