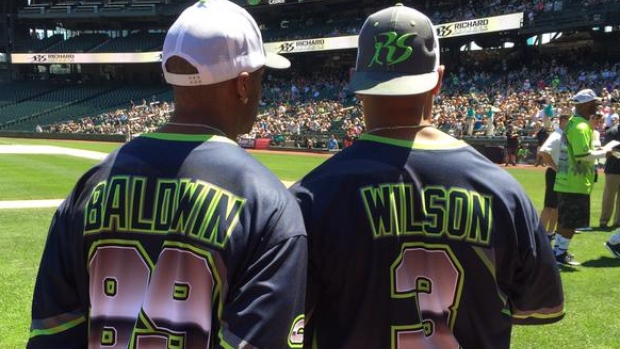 Russell Wilson has another sport to fall back upon whenever he decides to leave football.

The Seattle Seahawks quarterback, who was drafted by both the Colorado Rockies and Texas Rangers, attended Richard Sherman's charity softball game Sunday at Safeco Field and showed his home-run power.

The event was attended by other NFLers as well as basketball superstar Kevin Durant.

Thanks to @JJusseroKIRO7 for the pictures and video.