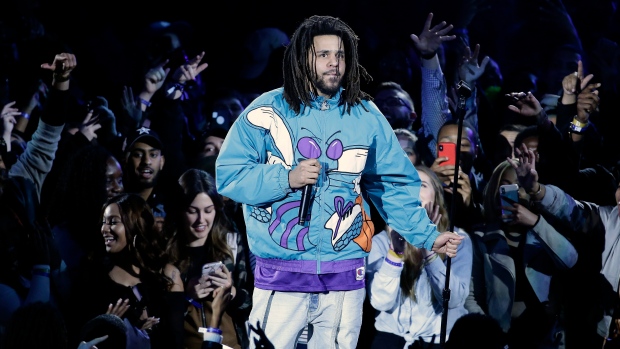 Just days after the release of his sixth studio album, The Off-Season, J. Cole made his debut as a professional basketball player with the Rwanda-based Patriots BBC of the Basketball Africa League.

Cole finished with three points, adding three rebounds and two assists in 17 minutes as the Patriots BBC won 83-60 against the Rivers Hoopers in the first game of the inaugural BAL season. He officially signed a contract to play for the team earlier in the week.

Cole scored his first points on a put-back layup with less than a minute remaining in the first quarter. It was his only made field goal of the game in three attempts, and he also converted his only free throw attempt of the game on a technical foul.

Basketball has been a significant interest of Cole’s over the years, from being a recurring theme in his music to his participation in high-profile pick-up games with NBA players. He is expected to play three to six games with the Patriots.