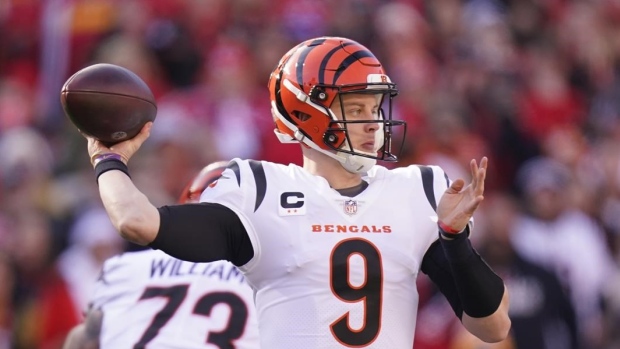 TSN, CTV and CTV2 are Canada's home for football on television, and the exclusive broadcast partner of the NFL in Canada. Check out our broadcast schedule below for this season's slate of games all the way up to Super Bowl LVII in Arizona, and come back regularly for updated broadcast information. The NFL Lives Here.

Each Sunday during the season, fans who subscribe to TSN and RDS can access NFL RedZone through the network’s leading digital platforms – including TSN.ca, RDS.ca, the TSN app, and the RDS app.

This page will be updated as any changes to NFL programming on CTV, TSN, and RDS are confirmed.

This page will be updated as any changes to NFL programming on TSN, CTV, and RDS are confirmed.