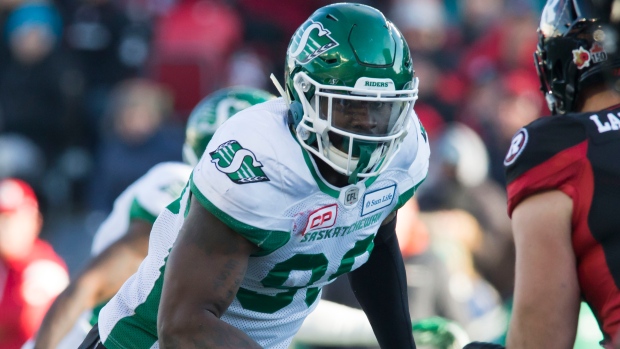 Saskatchewan Roughriders defensive end A.C. Leonard is slated to make his return to the lineup when they take on the BC Lions Friday night, the Roughriders announced earlier in the week.

The 30-year-old Palatka, Fla., native has missed the Riders' last several games due to a shoulder injury suffered in Week 5.

"It's great man," Leonard said to the media about how it feels to be back. "Being away and having to watch it on TV or watch it from the sidelines, It's been rough but I'm just happy to be back with my guys."

A product of Tennessee State University, Leonard posted a career-high in sacks (11) last season along with 41 tackles an interception, and a forced fumble in 11 games of the pandemic-shorted 2021 campaign.

In the five games has played this season, Leonard has posted 14 tackles and three sacks.