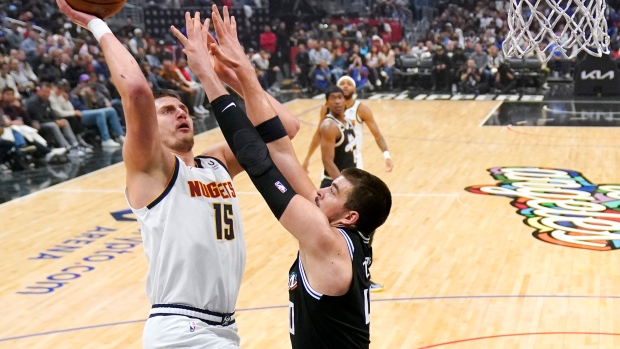 Nikola Jokic added 19 points, 13 rebounds and six assists for the Nuggets, who led by 21 at one point during the fourth quarter with a run of 10 straight points midway through the period.

John Wall had a season-high 23 points for the Clippers, who were down to 10 players with Kawhi Leonard, Paul George and Luke Kennard out due to injuries. Leonard missed his second straight game after he sprained his right ankle Monday night against Utah. George (right hamstring) missed his third straight game and Kennard (right calf) has been out the last four.

Denver was down to 10 players in Wednesday’s win over Oklahoma City but was bolstered by the returns of Murray and Ish Smith to the lineup.

The game was tied at 18 midway through the first quarter before the Nuggets scored nine straight points to lead the rest of the way.

Denver extended its advantage to 64-52 at halftime and led by 17 with 2 minutes remaining in the third after a pair of free throws by Vlatko Cancar made it 85-68. The Clippers made a late run to get it to 87-77