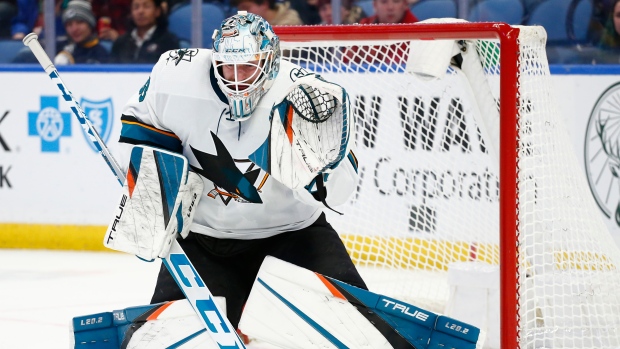 The Vegas Golden Knights have acquired goaltender Adin Hill from the San Jose Sharks in exchange for a fourth-round pick in the 2024 NHL Draft, the teams announced on Monday.

🔄 The Golden Knights have acquired goalie Adin Hill from San Jose in exchange for a 2024 fourth-round pick.

The 26-year-old was selected 76th overall in the third round of the 2015 NHL Draft by the Arizona Coyotes and spent the first four seasons of his NHL career with the franchise.