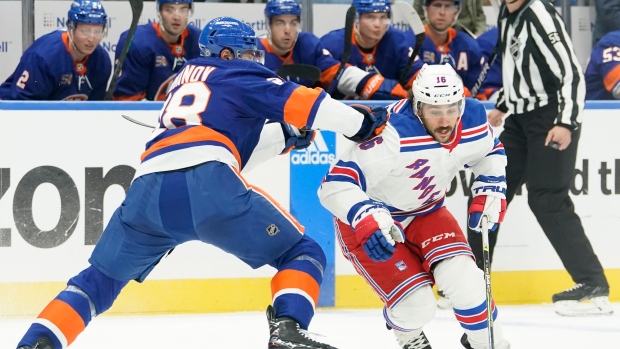 NY Islanders’ Alexander Romanov has been fined $5,000, the maximum allowable under the CBA, for Charging NY Rangers’ Vincent Trocheck.

This incident occurred in the third period of Saturday's preseason game between the Isles and Rangers when Romanov nailed Trocheck up high with his left arm against the boards. Romanov was handed two minutes for charging and forward Jimmy Vesey was also handed a two-minute roughing penalty for going after Romanov following the hit.

Romanov's Isles went on to win the game 3-1 without him, nor Trocheck recording a point on the night.

The Islanders will open their regular season schedule on Thursday against the Florida Panthers while the Rangers host the Tampa Bay Lightning on Tuesday.