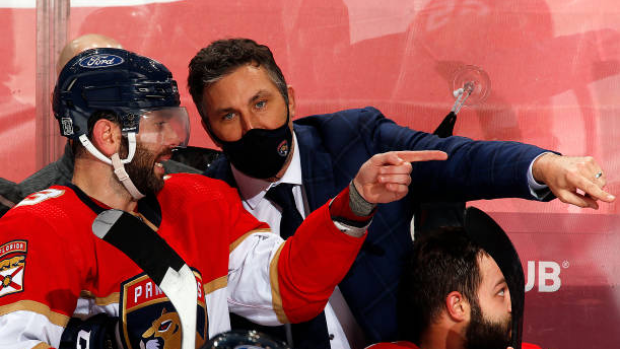 Former Florida Panthers interim head coach Andrew Brunette will serve as an associate coach for Lindy Ruff and the New Jersey Devils next season, the team confirmed on Friday.

We have named Andrew Brunette as an associate coach.

Welcome to the team, Coach!

Brunette took over behind the bench with the Panthers early last season following the resignation of Joel Quenneville, who had to step down after the revelation of how the Chicago Blackhawks mishandled abuse allegations brought by a player during the 2010 Stanley Cup playoffs. Quenneville coached Chicago at that time.

Under Brunette, Florida won the Presidents' Trophy this season and reached the second round of the playoffs, winning a postseason series for the first time since 1996. Brunette was a coach of the year finalist in his first head-coaching stint at the NHL level, finishing as runner-up to Calgary’s Darryl Sutter for the Jack Adams Award.

The Panthers hired Paul Maurice to be their new head coach last month.