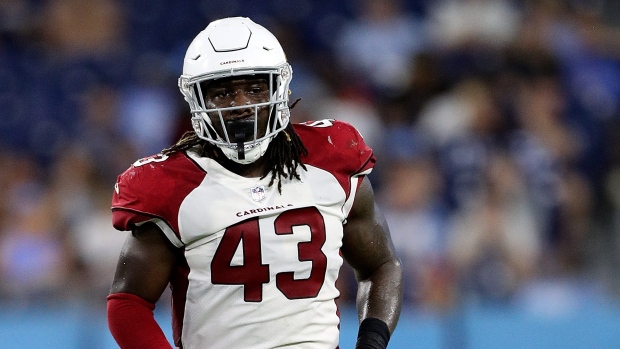 Ottawa-born linebacker Jesse Luketa has been signed to the Arizona Cardinals' active roster, the club announced on Tuesday.

We have signed LB Jesse Luketa to the active roster from the practice squad and have released S Deionte Thompson.

In a corresponding move, safety Deionte Thompson was released.

Luketa, who spent four years in Happy Valley, was the No. 2-ranked Canadian prospect heading into the CFL Draft. He was eventually selected in the second round (20th overall) by the Ottawa Redblacks who continue to hold his CFL rights.