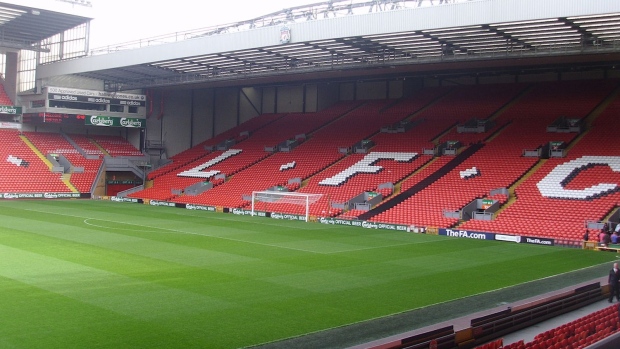 The Merseyside Police announced the arrests of three men for alleged homophobic chanting during Saturday's match between Liverpool and Chelsea at Anfield.

The men - aged 23, 37 and 49 - were arrested on "suspicion of homophobic intentional harassment, alarm or distress."

The chant in question has been used by a number of fan bases in recent weeks with Manchester United fans allegedly directing it towards then-Everton manager Frank Lampard and both Manchester City and Nottingham Forest supporters allegedly chanting it against Chelsea.

In 2022, the Crown Prosecution Service classified the chant as a homophobic slur and the usage of it a hate crime. The Football Association has the jurisdiction to charge clubs and their fans for using the chant.

In his pre-match notes in the Liverpool program ahead of Saturday's match, Reds manager Jurgen Klopp praised the fans who have tried to eliminate the chant from the game.

"I will not refer to it by name in this column, because I think the less we can hear about it and see it the better," Klopp wrote, "but the really, really positive thing is that fans have come together to try to make it a thing of the past."