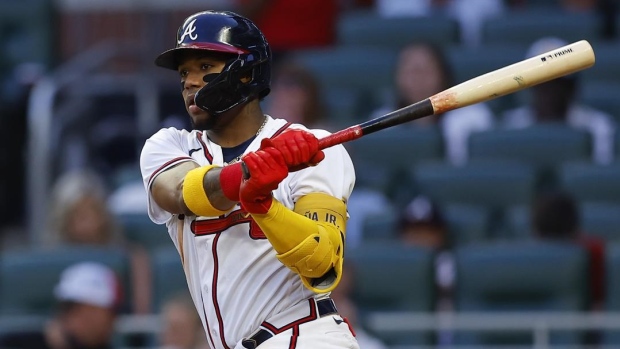 PHILADELPHIA (AP) — The Atlanta Braves scratched Ronald Acuña Jr. on Thursday night because of back tightness.

The 24-year-old Acuña had started Atlanta’s previous 19 games. The three-time All-Star has appeared in 110 games overall since returning in late April after a torn right ACL ended his 2021 season.

“He had some back tightness right at the end of batting practice,” Braves manager Brian Snitker said after Atlanta's 1-0 loss to Philadelphia on Thursday night. “He was swinging in the cage a little bit and something banged on him and he wasn't available.”

“We'll treat him up and we'll see if he's available tomorrow and ready to go,” Snitker said. “He hadn't been dealing with that. It was just one of those things.”

Robbie Grossman replaced Acuña in right field for the opener of a four-game series at Philadelphia. Dansby Swanson moved into the leadoff spot.

The Braves trailed the idle New York Mets by 1 1/2 games in the NL East after Thursday night's play with 12 games remaining. The teams have a three-game series in Atlanta next weekend.