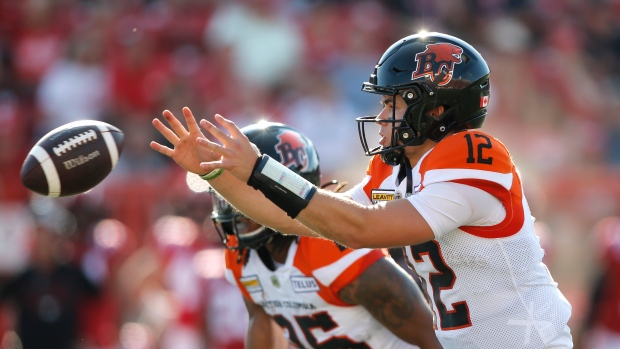 Rourke, of Victoria, threw for 488 yards, breaking his own Canadian single-game record, and two touchdowns to rally B.C. to a 41-40 road win over the Calgary Stampeders. Rourke also ran for two TDs.

Burnham posted season nights in catches (eight) and receiving yards 165 yards (20.6-yard average) and a touchdown versus Calgary. He recorded his first 100-yard game of the year and 19th of his CFL career.

Sutton had five tackles, two sacks and a forced fumble in Montreal's 20-17 overtime win over Winnipeg, which was the Bombers first loss of the season following nine straight victories. The sacks were Sutton's first in the CFL (resulting in 15 yards lost) and his late strip sack set up an Alouettes TD that forced overtime.

This report by The Canadian Press was first published Aug. 16, 2022.