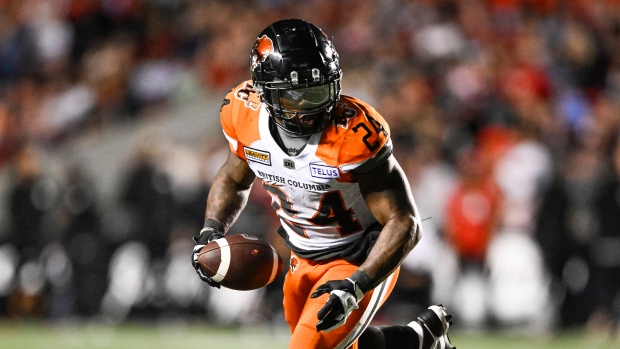 BC Lions top running back James Butler has been ruled out for Saturday's Week 10 game against the Calgary Stampeders due to an injury, according to Farhan Lalji.

Changes to the secondary for @BCLions also. Breaux out (Illness, not Covid) & Mauger out (groin). Purifoy moves to safety & Rugamba makes his debut at SAM. Edwards-Cooper starts at corner. @CFLonTSN https://t.co/1PEax0h8tA

The 27-year-old American has rushed for 433 yards and three touchdowns over seven games this season with the Lions, his second in British Columbia.

Bruce Anderson will get the start at running back this weekend with Butler expected to return in Week 11 against the Saskatchewan Roughriders.

Additionally, Lions defensive back Delvin Breaux will miss the game with a non-COVID illness while safety Quincy Mauger is out with a groin injury.

As for the Stampeders, defensive back Branden Dozier, wide receiver Malik Henry, offensive lineman Julian Good-Jones, linebacker Jameer Thurman, and running back Ka’Deem Carey will all be sidelined for the contest.

Silas Stewart replaces Thurman as starting middle linebacker, and Shawn Bane draws in for Henry…I think Jalen Philpot, starting at slot back, will have a bigger role in the offence on Saturday

Nathan Rourke and the 6-1 Lions are in Calgary on Saturday night to battle the 5-2 Stamps.